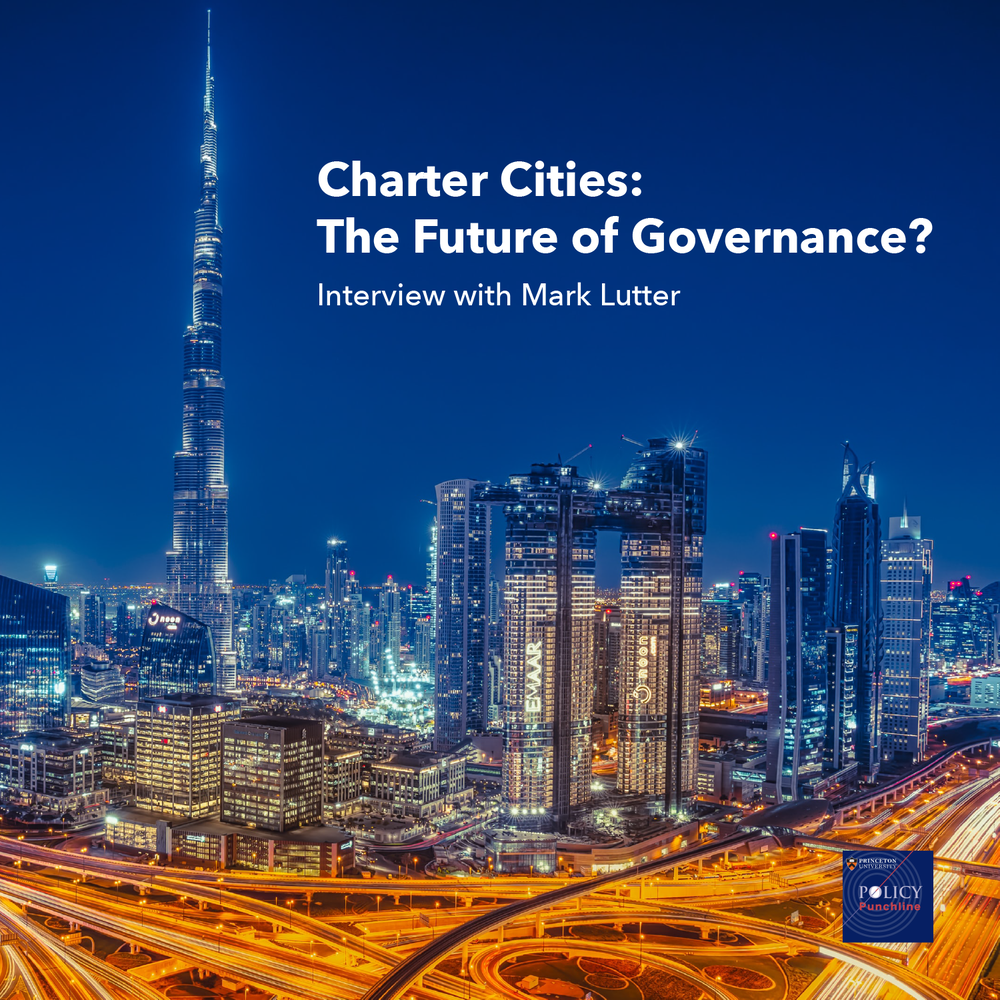 I’ve been intrigued by charter cities for a while. This is why I was really excited when the opportunity to interview Dr. Mark Lutter for policypunchline.com came up.

Made popular by Nobel Laureate and economist Paul Romer, charter cities are a new vision for building prosperous cities that can unlock economic potentials and solve common issues in urbanization and poverty for their citizens and countries they are part of. In this episode, Dr. Mark Lutter, Founder of the Charter Cities Institute, discusses what charter cities are, why they are unique compared to special economic zones (SZE), how they can promote progress and growth within a country by reducing regulatory barriers, and how successful examples like Shenzhen and Dubai embody both their advantages and drawbacks. The episode is co-hosted by Tiger and Theodor Marcu.

Due to rapid increases of urban population, many governments in the developing world have shown to be ill-equipped to provide the necessary infrastructure to support the cities. Dr. Lutter has long called into question the conventional and popular idea that urbanization leads to increased productivity and economic growth, and he believes that charter cities could be a bold solution to poorly managed urbanization and global poverty. Our conversation goes over how charter cities can address the pent-up demand for urbanization in developing countries while creating opportunities for all the stakeholders involved, from locals to the governments of host countries. In doing so, we also analyze how new projects arise from private partnerships and how they can integrate with the goals of their host countries and communities.

While charter cities can address the needs of developing countries, they are also worth exploring in mature economies. Allowing people to build new cities in the US or Europe can provide an alternative to existing cities while creating an incentive for regulatory arbitrage, which can trickle down to the rest of the country. The model of charter city offers a blank slate in commercial law, can be developed on greenfield sites (untouched land with no current residents), and can allow for deep governance reforms to be enacted with minimal interference or resistance because of the lack of existing interest groups. Charter cities may be the perfect place to experiment new governance structures proposed by “techno-utopians” from Silicon Valley to around the world.

Dr. Lutter also addresses criticisms for charter cities, such as the possible need for strong central governments during the establishment of charter cities and their incentives to reap the benefits and interfere with organic growth. We also go over a famous charter city blunder in Honduras and the concerns that it would entrench the local elite while limiting freedom of locals. In this context, we also discuss how charter cities can be built so local can actually share the fruits of the progress enabled by the city, as well as how political ideologies intertwine with charter cities and their economic success.

Full bio: Dr. Mark Lutter is the Founder and Executive Director of the Charter Cities Institute, as well as the host of the Charter Cities Podcast. He is on the Board of Directors of Explorer Academy, a Zambian education platform. He is an advisor to and has a financial interest in the Victoria Harbor Group, a firm that is building a new Hong Kong. He has a PhD in economics from George Mason University where his research focused on charter cities. Prior to launching the Institute, he was Lead Economist for NeWAY Capital, an asset management firm which made early stage investments in charter cities. He has been published in several newspapers and magazines including the Chicago Tribune, City Journal, CityAM, and Cato Unbound.

Currently, Dr. Mark Lutter is involved with several charter city projects. In this episode we discuss his recent work in Zambia, Nigeria, and with the Hong Kong-based Victoria Harbor Group. We also go over how the Charter Cities Institute was formed and what the next steps are for this nonprofit.