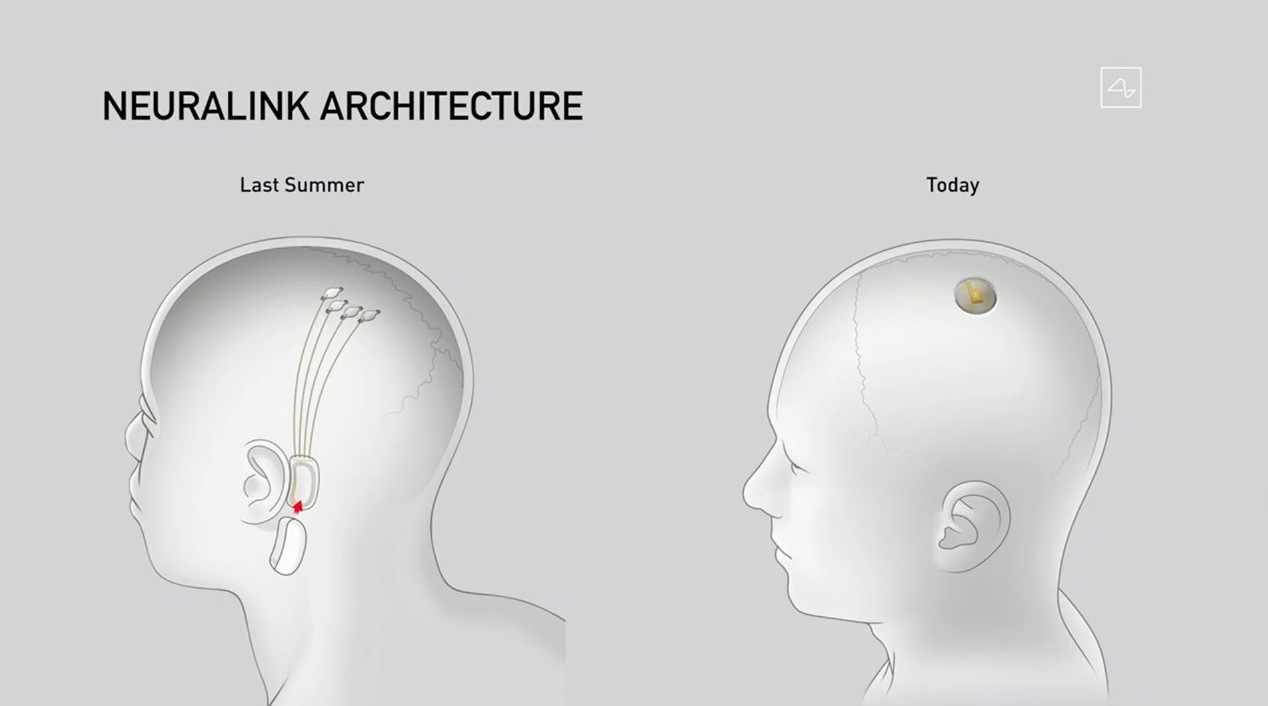 You probably heard about the latest Neuralink demo by now. I’m referring to the one where Elon Musk showed pigs with brain implants walking around and making cute noises. But why should you care? Is this just another publicity stunt by a rich billionaire with eccentric pet projects, or does it actually matter?

Click above to see the part of the presentation where the pig sniffs around and sounds play whenever the neurons associated with his snout fire. Trust me, it’s adorable. From now on, this is the sound I’ll play in my mind whenever I see animals sniffing around.

The Neuralink demo is a big deal for several reasons. Most importantly, it shows a fully-working brain-machine interface product in a living being. I cannot emphasize how incredible this is. Creating a brain implant is a hard task. Not only do you have to figure out how to stick something in a brain without hurting it, but keeping that thing in place, building the software to interpret the signals coming from it, and then removing it with minimal damage is an endeavor that presents serious challenges at every step of the way. Making all of the above into a product, not a week-long surgery research project, is a truly Promethean achievement.

The fact that Neuralink is closer to delivering a product and not just research matters a lot. We’ve heard about advances in brain-machine interface research for decades now, but all the results have been highly experimental. Building a product and not an experiment means that all those results, from restoring speech to restoring movement, are closer to being used by those who actually need them. Furthermore, reducing the barriers to obtaining neural data from humans creates an unprecedented opportunity to better understand our own minds, not to mention traditionally elusive topics like consciousness.

One of the first things that stood out to me in the demo was how Neuralink inserts the brain-machine interface device into the brain. Insertion is something Neuralink has brought up in past presentations, but this time they showed a particularly good video of how it works. In order to insert sensors in a brain without damaging it, the Neuralink team has built electrodes in the shape of small wires that are 1/4 of the diameter of human hair. These electrodes are then inserted through a skull opening using a high-precision robot that scans the brain area during surgery, which allows it to avoid any blood vessels, no matter how small. This procedure reduces tissue damage and increases the probability that the implant won’t be outright rejected by the brain. To see how cool this is, just watch the demo below:

The robot misses the blood vessels every time! This takes place in an area where distances are measured in micrometers - 1/100000 of a meter. This procedure is not something that would work without major advances in robotics and computer vision. Having a human do it by hand is out of the question. I suggest you go back to the original demo and watch the high-definition video to see just how good the robot is at this job.

The fact that the robot can implant a Link (Neuralink’s name for the sensor) in under an hour is a great achievement too. Neuralink’s goal is to make getting a brain-machine interface as easy as getting Lasik eye surgery. This demo showed that they’re not joking about delivering on this promise.

Another thing that truly stood out to me is how secure and inconspicuous the Link interface looked on the pig’s head. I couldn’t even spot it! This is really important, since if you’re about to make something that living beings are supposed to wear every day, you might as well make sure it’s not awkward or annoying. Even better, the interface should feel like it’s part of your own body. 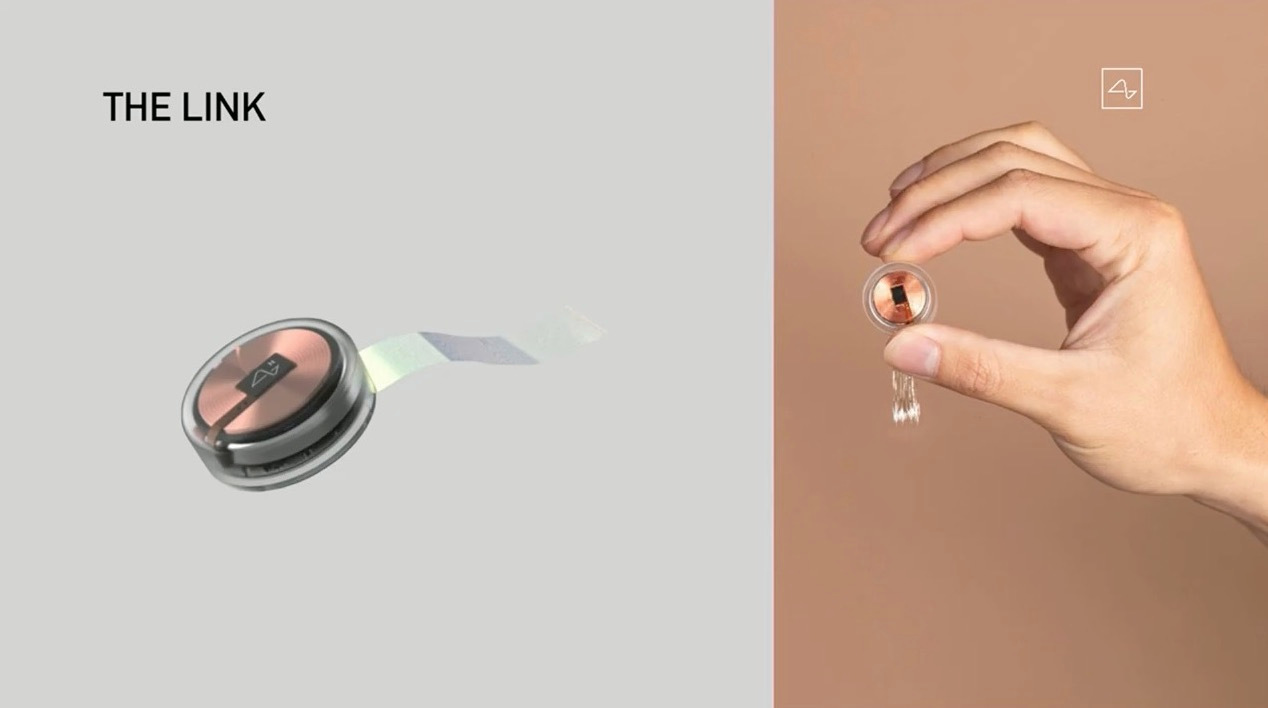 This is an area that did not receive a lot of attention before Neuralink. For example, when hospitals perform invasive brain-recordings using traditional methods like ECoG, wires come out of your head through skull openings. Since the brain is a squishy mass surrounded by liquid, keeping the liquid in and the area around the opening clean becomes an incredibly difficult task. Nurses have to hover around patients constantly to make sure that the wires are not coming loose and that the brain ooze is being cleaned so that no infections take place.

What makes the Link so revolutionary is that it’s a standalone device. By removing the need for charging or data transfer wires, this brain-machine interface is closer to an Apple Watch-level wearable than anything else that has been built so far. Seeing the charging puck (which seems to have copied the Apple Watch charging puck) offered perhaps the clearest glimpse of the future in the entire presentation (so did the 1-day battery life, which, while amazing for a device this size, will also lead to some really funny memes about how our brains will run out of battery and need to be charged). 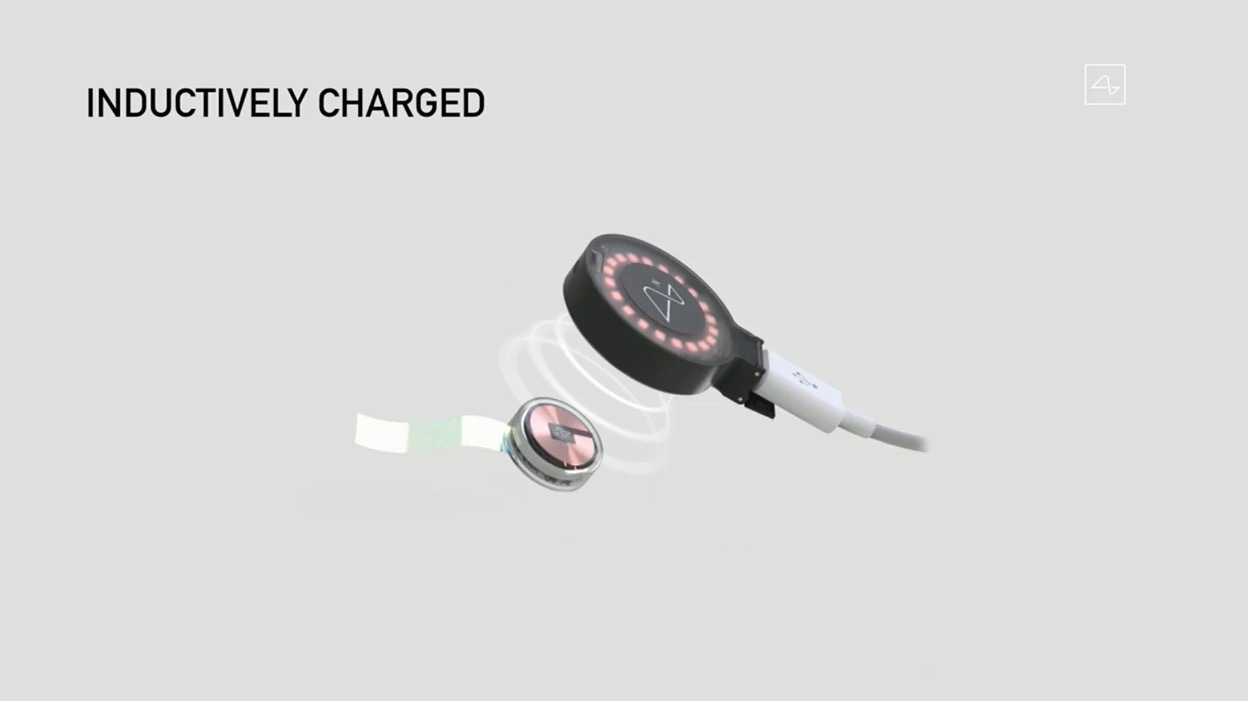 Is this going to be worse than forgetting to charge your phone at night?.

Having something that fits neatly in your skull and blocks liquid from coming out without the need for wires is a major achievement. I’m sure there is still a lot of work to be done, especially given Elon’s calls for help from sealing experts, but seeing something as good as what we’ve seen today shows a great degree of progress.

Another noteworthy aspect of the Link interface is the signal processing. In this regard, the pig-sniffing-with-sounds demo was ok, since it didn’t really use any fancy techniques. What really stood out was predicting and interpreting brain signals using the information from the Link sensors.

These demos can get a bit hand-wavey and Neuralink did not provide a lot of information about the techniques used to produce this particular example. However, given the fact that deep learning has been shown to be really good at brain signal decoding and prediction, I wouldn’t be suprised if Neuralink and OpenAI partenered on advancing signal processing using deep learning once the hardware is ready. Given Elon’s obsession with the singularity, I wouldn’t be surprised if this happened sooner.

Overall, I’m really excited about the future of invasive brain-machine interfaces after seeing this demo. While the jump from animals to humans is a big one and I’m sure Elon errs on being overly-optimistic when it comes to the timeline, this is a historical moment similar to launching the first dog into space. The fact that this is possible today opens an endless array of opportunities for the future of humanity.